Audi is ditching the steering wheel.

On Friday in Pebble Beach, as part of California’s Monterey Car Week, Audi will unveil its electric two-seater convertible concept car. Called the Skysphere, the sporty idea is not only battery-powered but Level 4-autonomous capable.

That level of hypothetical autonomy means the steering wheel and driving pedals aren’t necessary and can retract into the front dash. This opens up the interior space into a lounge-like area with an open roof and no one at the wheel — mostly because the wheel is no longer there. The autonomous car will automatically know where to take you, and find parking after dropping you off. Current Audis on the road only have Level 2 autonomous features like lane centering and automatic braking — a far cry from a driving system that doesn’t need human intervention.

Drive mode for when you want to take control.
Credit: Audi

No steering wheel in sight for autonomous mode.
Credit: Audi

Eucalyptus wood and synthetic leather are part of a sleek interior which includes a large 55-inch wide touchscreen dashboard. Small screens on the doors control the air conditioning and heating. 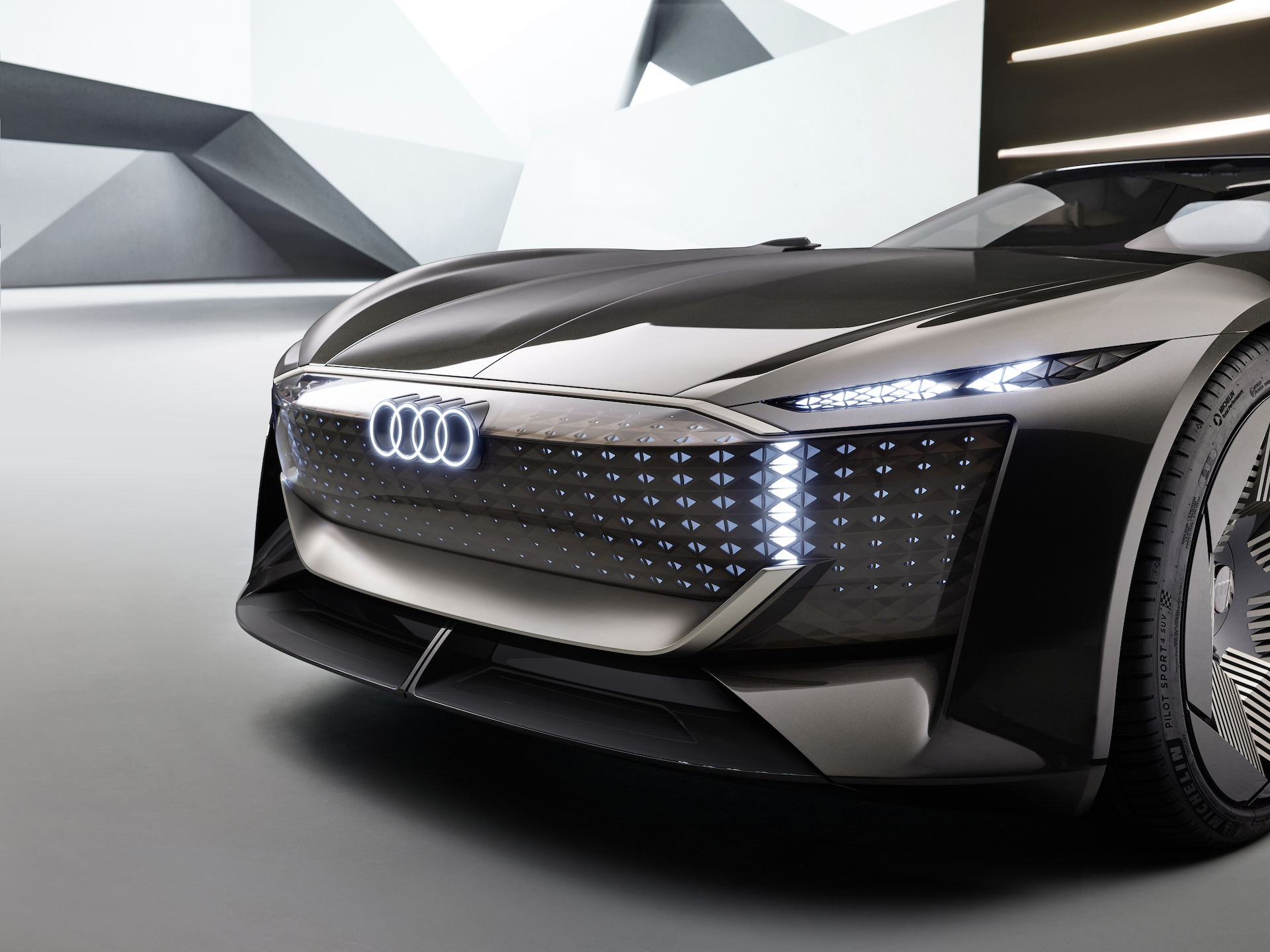 There’s no need for a grille with an electric car, but Audi decided to keep the look.
Credit: Audi

But the car isn’t just a robo-taxi. It has a (human) drive mode, too, for the driver to experience the 300-mile range roadster with instant torque. The car can go from 0 to 60 mph in under four seconds. 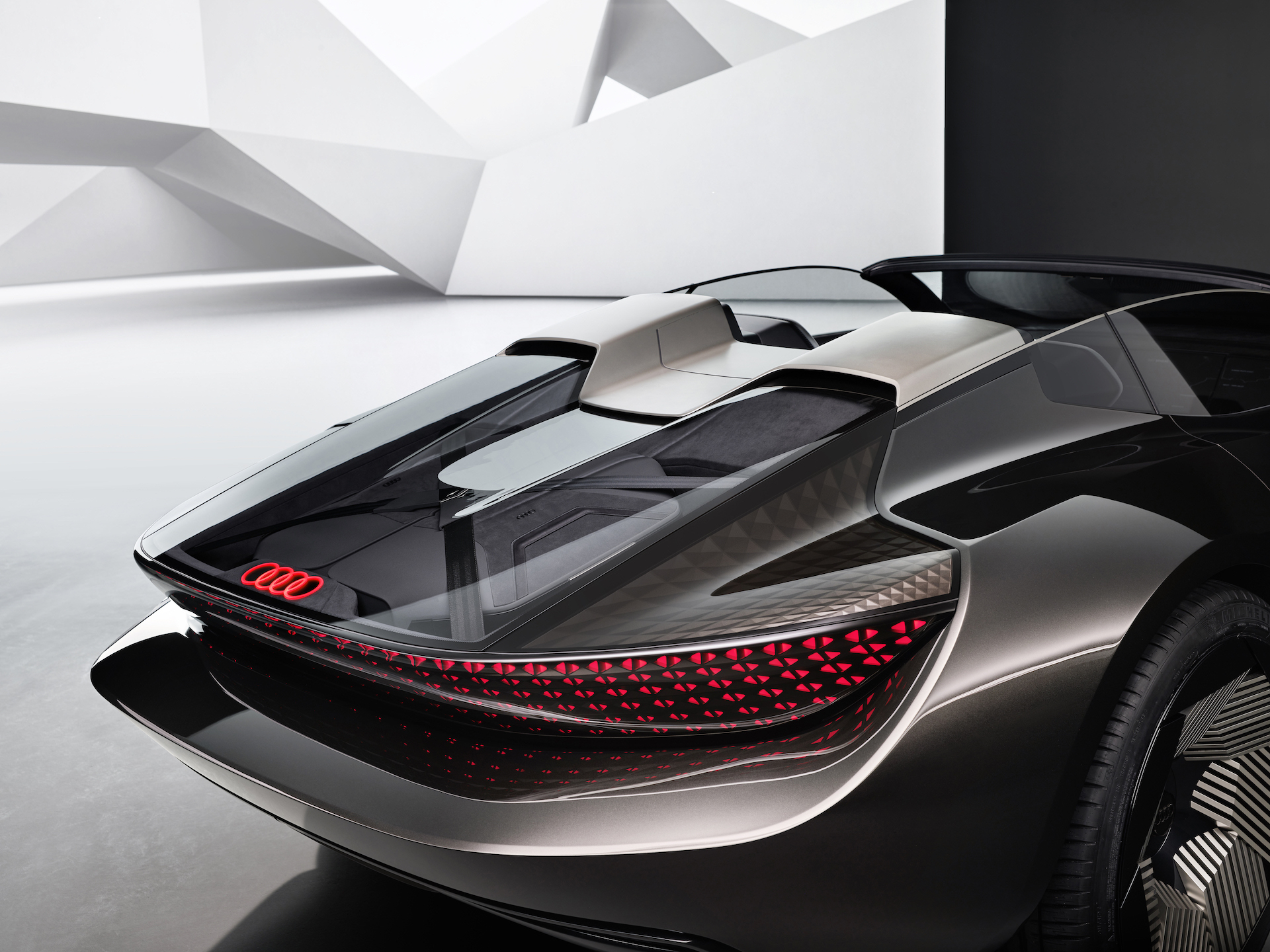 Audi has plans for two more autonomous, electric concept cars in the coming years: the Grandsphere and the Urbansphere. There’ll be more about those future concept cars in 2022.

Remember, these are all ideas. But as seen before (like with BMW’s concept iNext that became the iX), some of these ideas could trickle into reality eventually.