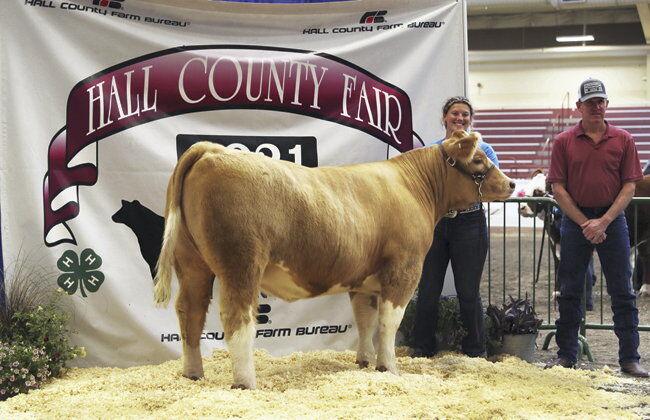 Platte Valley Veterinary Hospital in Alda paid $4,000 for the champion market heifer, which was raised by Mia Olson. The vet hospital was represented by Dr. Matt Sullivan. 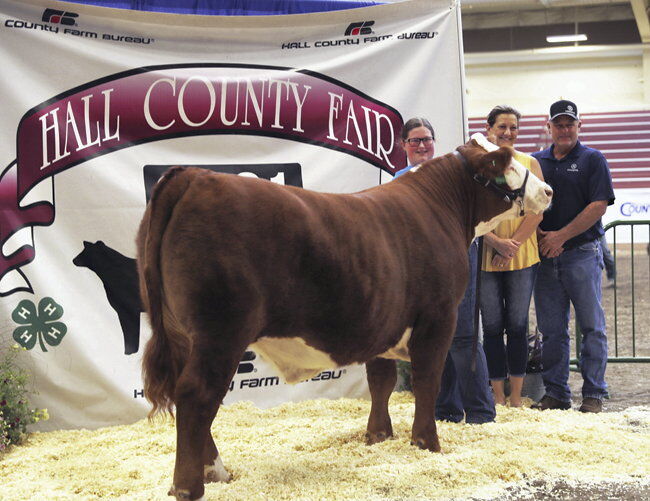 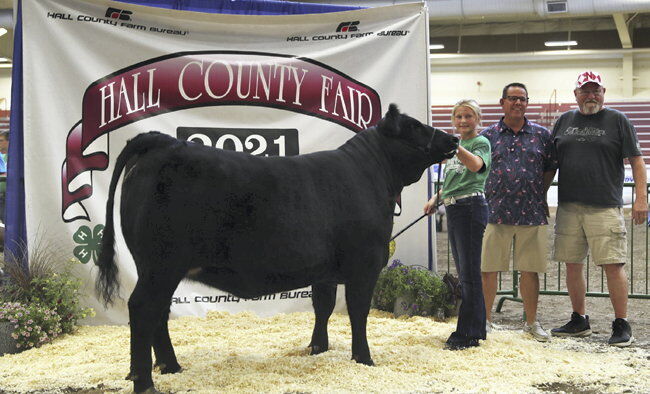 Rylee Codner raised the reserve market heifer, which fetched a bid of $2,600 from Anderson Auto Group. The company was represented by general manager Bob Bledsoe and Gary Warta, a member of the sales staff.

Platte Valley Veterinary Hospital in Alda paid $4,000 for the champion market heifer, which was raised by Mia Olson. The vet hospital was represented by Dr. Matt Sullivan.

Anderson Auto Group paid $2,600 for the reserve market heifer, raised by Rylee Codner. On hand from the auto company were general manager Bob Bledsoe and Gary Warta, a member of the sales staff.

About 70 other animals were sold during the auction.

The money goes to the 4-H exhibitor, who also gets to keep the animal.

Your subscription makes our reporting possible.

Many of the 4-H members will continue to work with the animals and show them during the Nebraska State Fair or Aksarben.

Bidders pay for the animals in support of the community and 4-H, said Jeff Ewoldt, vice president of the Hall County Ag Society/Fair Board.

The fair “is all about the 4-H exhibitors,” said Jeff Schimmer, president of the board.